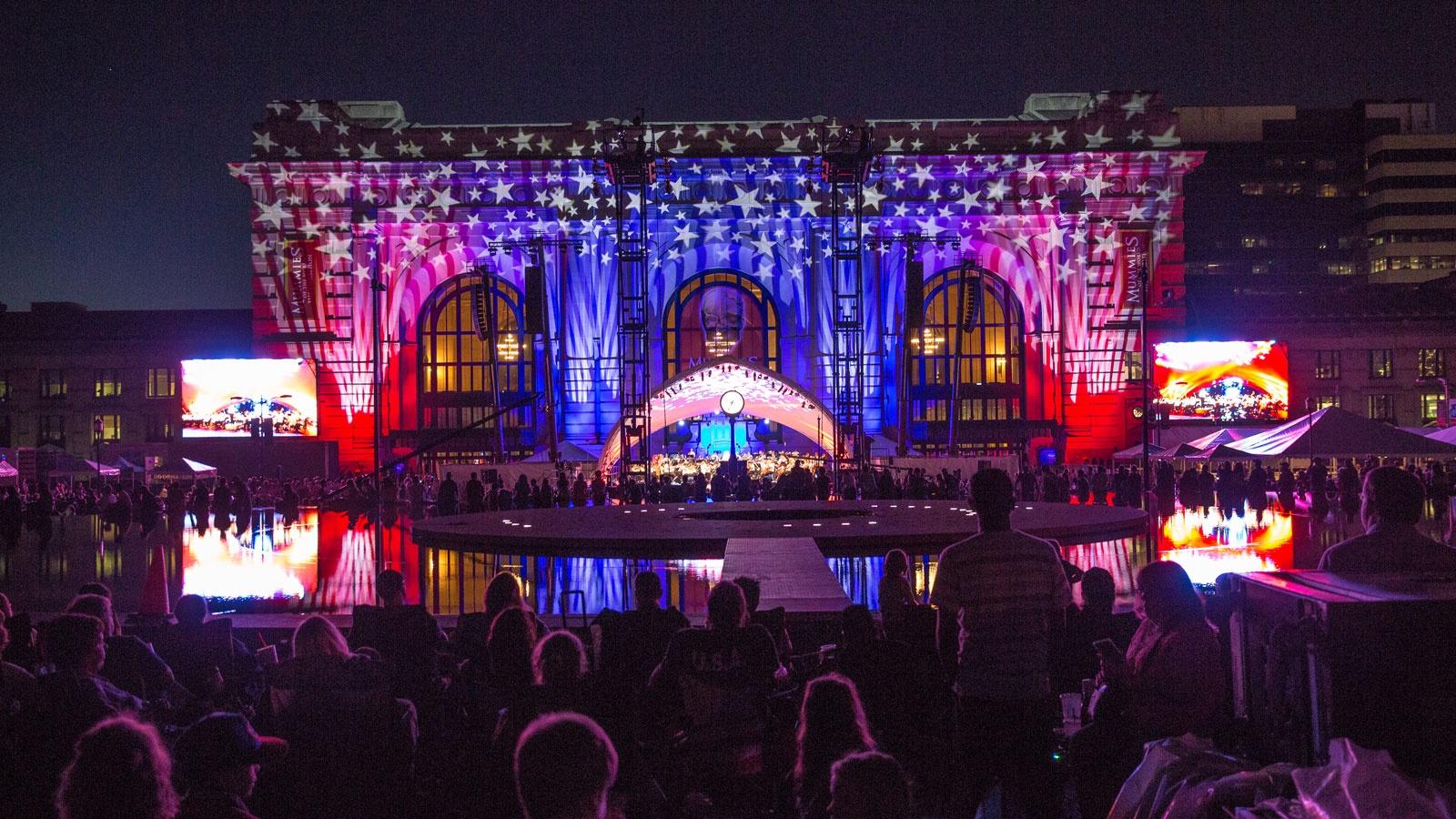 The Best of Kansas City Symphony’s Bank of America Celebration at the Station will air at 7 p.m. Sunday, May 24 and again at 8:30 p.m. Monday, May 25 on KCPT/Channel 19. KCPT also will simulcast on YouTube TV through the PBS channel.

The show will include clips from some of the best performances from past years of the program and messages from Kansas City Mayor Quinton Lucas and Lead Conductor of the Kansas City Symphony Michael Stern, messages from program collaborators including Union Station, The National WWI Museum, Bank of America and KCPT, as well as a traditional fireworks display. This presentation will serve to bring this beloved Memorial Day tradition into the homes of area residents in its 18th year.

Special guests: Performances by MusiCorps and Oleta Adams, John Brancy, Capathia Jenkins and Jim Birdsall. Plus, KC’s own internationally famous mezzo-soprano Joyce DiDonato will perform two beautiful favorites, “Shenandoah” and “Over the Rainbow," from her home in Spain.

Presented as a gift to the Kansas City community and those who have made the ultimate sacrifice serving in the American armed forces, the Annual Celebration at the Station is the largest free Memorial Day weekend event in the Midwest. The decision to cancel the gathering held at Union Station and Liberty Memorial was made due to ongoing concerns regarding the spread of Covid-19.

In collaboration with KCPT (Kansas City PBS) and generously sponsored by Bank of America, the Symphony presents the “best of” broadcast compilation from the last several years.